How To Win Sports Bets: Blazers vs. Mavs Case Study 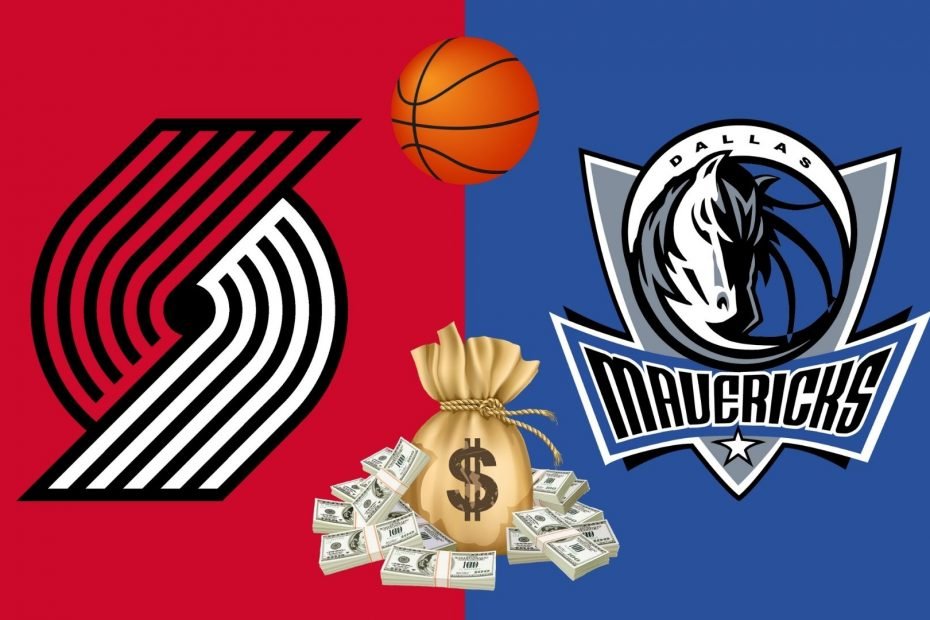 Disclaimer: While this article does contain tips on how to win your sports bets, it is not a guarantee of future winnings. Sports betting is inherently risky. Please only gamble with funds that you can afford to lose. In addition, please be aware of the laws and regulations in your area before engaging in gambling.

Whenever the Portland Trail Blazers face off against the Dallas Mavericks, I know I’m in for a treat. These two teams are known for producing offensive fireworks on the court, while at the same time allowing a lot of points on the defensive end.

At the time of this writing, the Blazers sit at 6th and 29th in adjusted offensive and defensive ratings respectively. The Mavericks rank 8th and 25th respectively. These rankings are courtesy of Basketball Reference.

This all has implications on betting strategy heading into this game. Here’s how I was able to scout out 5 great bets offered by sports betting platform Bovada, and end with a win in every single one of them. We’re looking at the 2021 Valentine’s Day matchup between the Portland Trail Blazers and the Dallas Mavericks.

The Blazers are my team. Whenever I bet on the moneyline, it’s always going to be in favor of Portland. So on most nights, the decision for me isn’t which side of the moneyline to pick, but whether to place a bet at all.

I consider these two general questions:

The Blazers were missing McCollum, Nurkic, and Hood. Dallas was at near full strength (notably, minus Seth Curry). However, as long as the Blazers have Lillard, they always have a chance to win the game.

What sealed the deal was the +170 value here. Anytime I can get odds like this against a pretty evenly-matched team, it’s a decent bet.

There might be an alternate dimension where I’m a professional sports bettor and show you how to win with spread bets, but here I am a simple man. If I root for the Blazers, I root for them all the way. A little 5-point cushion of insurance in case the ML bet goes south.

236 is a hefty total, but in this clash of two high-octane offenses I could easily see the scores reaching into the 120s and 130s.

In fact, in the 2019-20 season the Blazers and Mavs had 4 games whose totals were 240, 232, 258, and 265 apiece (the last of which, a 134-131 victory for Portland where Dame dropped 61, was a classic in the Orlando bubble). Dallas was certainly going to bring in the offensive firepower on their side, and while Portland is battling injuries, I knew our bench was capable of producing against a sub-par Mavs defense.

And on that note on defense, both teams are known for using drop coverage on pick and rolls. As a fan, it’s frustrating. I curse at the TV whenever Portland does this, but for this particular bet it only gave me more confidence to choose the over. I expected both teams to rain it in from deep, exchanging threes faster than the national broadcasters could react.

Indeed, throughout the game Porzingis gave Dame probably the most space he had off screens all year. At the same time, Doncic posted another crazy game after just coming off his career-high 46 point night. He and Porzingis were not shy with the ball and each had five 3-pointers a piece.

It did get awfully close at the end, with the final score being 121-118 in favor of Portland, a 239 total. But given these the history of these two teams and their offensive ratings this year so far, going with the over was the only natural choice.

Dame has been on an absolute tear versus Dallas in the Doncic era, shredding apart their defense every single matchup. In four contests last year, Dame dropped 28, 34, 47, and 61 points. That’s an average of 42.5 points.

Dame tends to go off whenever his matchup features a sub-elite defender, and brownie points if the defense is in drop coverage. Dallas checks both boxes. Only a handful of guys in the league have consistently clamped him up, and unfortunately Dallas lacks a good defensive matchup for Dame.

32 is a bit above Dame’s season average at 29.5, but was nothing outrageous. I expected him to have an offensive outburst. A couple times throughout the game, I worried that Scott Foster and his terrible officiating was going to ruin this. Dame also astonishingly missed a pair of free throws this game.

Not the most efficient of nights, but Dame ended with a solid 34 points, securing my over pick.

This actually was the first time I placed a bet on a prop like this. Normally I steer clear of these because rebounds in particular can be so inconsistent for guards. Most of Dame’s rebounds are missed shots that happen to fly in his direction.

Also, Doncic is a great rebounder, so if Dallas kept that matchup he would probably take a few potential boards away from Dame’s season average of 4.3. If they switched up the matchup they’d probably put a bigger, longer guy on him anyway, so my hopes weren’t up on his rebound total.

However, Dame’s assists are relatively consistent, and actually I see plenty of reason his current season average of 7.3 rises even higher. Through Portland’s first 25 games this year, Lillard ranks 6th in the NBA for potential assists at 16. Potential assists are any pass that directly leads to a shot, foul, or turnover.

Players like Covington have started the season in a shooting slump, and once those numbers normalize, I expect Lillard’s assists to creep higher as well. Teams also love to leave Derrick Jones Jr. at the three point line, and he should continue to improve from there as long as he’s wide-open.

In this particular matchup, Dame should have no problem knifing through the porous Mavs defense and kick it out to open shooters. It really helped that Covington showed out here, impressively burying a few contested threes that happened to be off Lillard dimes.

He ended the game with 3 rebounds and 11 assists, capping off an MVP-caliber performance at Dallas and securing my fifth and final bet win.

Hopefully this gave you some ideas on how to rationally pick sports bets and win, without necessarily having to go overboard with advanced analytics.

Blazers-Mavs has always been one of my favorite matchups to watch as an NBA fan. With a little bit of knowledge and luck, I was able to go 5 for 5 tonight. I know I’ll be taking another close look at the prop bets the next time these two teams face off.

Till then, go Blazers.